Budget 2014: setting up for more tax cuts for the rich, funded by grinding the poor into the dust

How to give a certain class of Australians what they want. 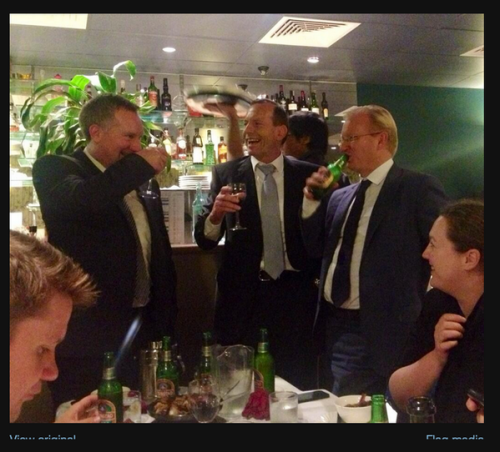 Still, after all, it’s just what Australians want – which is why before the election we had to tell them none of it would happen. Because of how much they support it.

Oh, alright, yes, they’re angry – now, two and a half years out from the next election, when they can’t do anything about it. Sure, we’ve got a lot of votes to buy back in the next two budgets – but with the money we just gouged out of the poor and vulnerable, history indicates we can do it.

15 responses to “Budget 2014: setting up for more tax cuts for the rich, funded by grinding the poor into the dust”