Underlining the word “Plan” doesn’t make it one

Seriously, media. If a politician seeking to be elected PM releases a policy document claiming to be “fully costed” and full of “detail” and has the word “Plan” UNDERLINED TO SHOW JUST HOW MUCH OF A REAL PLAN IT IS, but then refuses to release any of said costings or detail… would you mind please making that the story? Because it really is the story.

And if he runs off from press conferences refusing to answer questions on his “Plan”, then that is ALSO the story. 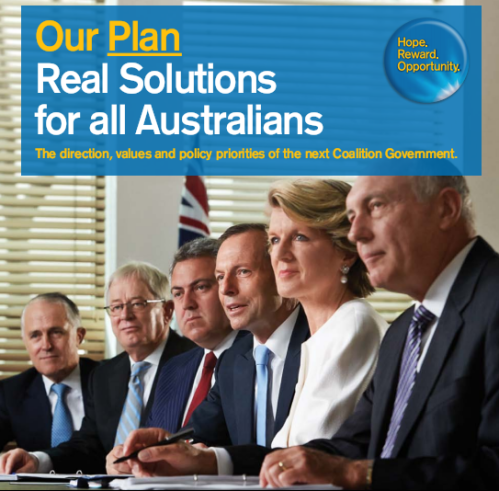 Cheer up, guys, you might just get away with it.

Because voters need to know precisely what this candidate for high office actually will do. Or at least what he says he’ll do, so that they can hold him accountable if he does something else. But you’re just letting him get away with vague, impossible claims, claims that he can magically increase revenue whilst cutting taxes and decrease debt whilst only specifying revenue decreases and not slashing services. He can’t do all these things at once! He has to make a choice! Make him make a bloody choice!

He’s going to have to make these choices eventually, if he manages to slither across the line to being PM. Voters kind of deserve to know which choices he’s going to make before that happens.

Oh, and there’s another one now – he reckons government should be able to pay for disasters like the floods out of general revenue without increasing taxes, slashing services or blowing out the budget. HOW? How would he achieve this miraculous feat? Has he discovered an impossible, elusive type of economic magic, or is he just an ordinary politician telling everyone what they want to hear and not caring that he won’t be able to deliver?

That’s what you’re there to test! For god sake, please do your jobs!