Does anyone really join the ALP planning to pass legislation specifically so they can deport children to countries with no refugee protections without having to consider the child’s interests at all?

Staring down her critics in caucus, the Prime Minister announced the government would bring in amendments to give the Immigration Minister discretion to send asylum seekers for offshore processing.

This would restore the government’s power to what it was assumed to be before the High Court struck down the Malaysia deal. A separate change would also ensure the minister could send children offshore without having to establish this was in their best interests.

Does anyone who’d vote for such legislation deserve to be in a party with the platform the ALP claims to have? You know, one that claims to care about human rights. One that specifically claims “protection claims made in Australia will be assessed by Australians on Australian territory”. 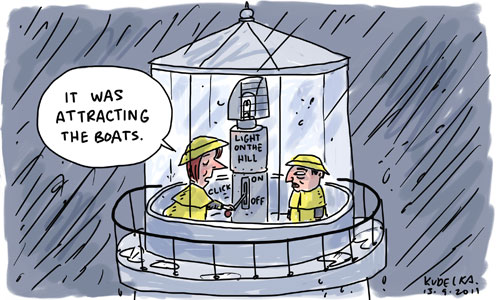 And is anyone impressed by Chris Bowen’s attempt to blame his treating minors with contempt on their parents allegedly having done it first?

Immigration Minister Chris Bowen said unaccompanied minors presented ”very emotional and difficult issues”. ”The overriding obligation is to say to parents, ‘Do not risk the lives of your children to get the prospect of a visa in Australia.’ ”

Because if you do, we’ll risk the lives of your children by dumping them in Malaysia!

Perhaps worst of all, the proposed legislation, if passed – with the Liberal and National Parties – would enable a future Prime Minister Abbott to simply reopen Nauru, even if he didn’t control the Senate.

Decent people who’ve been voting Labor because they’ve absorbed some of the Murdoch media’s lies about the Greens and think at least they’re voting for a party that’s more humane than the Liberals – well, time to check out the Greens again. They’re the only party in Parliament not committed to dragging boats out to sea and trying to shrug off Australia’s obligations onto struggling third countries.

Seriously, ALP – you’re amending legislation expressly so you don’t have to consider the welfare of children under your care? You deserve the coming electoral oblivion. The Libs don’t deserve to benefit from it, but you deserve to be destroyed by it.